Comerica Bank purchased a new stake in shares of Paramount Global (NASDAQ:PARA – Get Rating) during the third quarter, according to its most recent Form 13F filing with the Securities & Exchange Commission. The firm purchased 61,711 shares of the company’s stock, valued at approximately $1,178,000.

Want More Great Investing Ideas?
Paramount Global (NASDAQ:PARA – Get Rating) last issued its quarterly earnings data on Wednesday, November 2nd. The company reported $0.39 EPS for the quarter, missing the consensus estimate of $0.43 by ($0.04). Paramount Global had a net margin of 10.46% and a return on equity of 5.55%. The firm had revenue of $6.92 billion for the quarter, compared to analysts’ expectations of $7.05 billion. As a group, sell-side analysts forecast that Paramount Global will post 1.85 EPS for the current fiscal year. 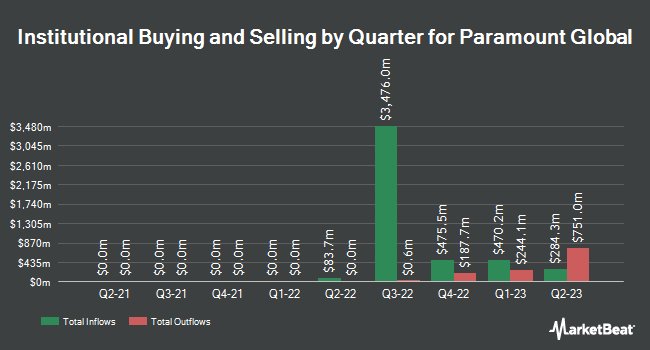