Shares of Activision Blizzard, Inc. (NASDAQ:ATVI – Get Rating) have been assigned an average rating of “Moderate Buy” from the sixteen ratings firms that are presently covering the company, MarketBeat Ratings reports. One analyst has rated the stock with a hold rating and twelve have assigned a buy rating to the company. The average 1-year price target among analysts that have covered the stock in the last year is $91.85. 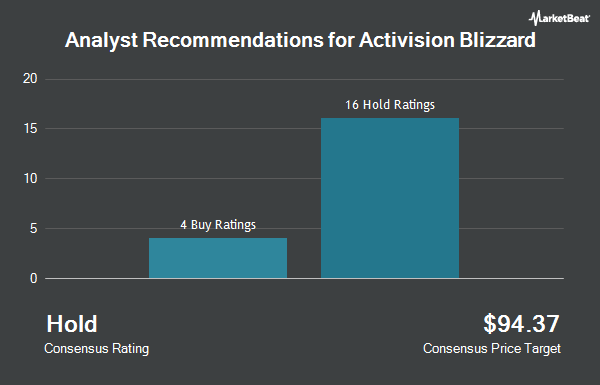