JPMorgan Chase & Co. upgraded shares of Blackstone (NYSE:BX – Get Rating) from a neutral rating to an overweight rating in a research report sent to investors on Tuesday morning, MarketBeat reports. The firm currently has $105.00 target price on the asset manager’s stock, up from their previous target price of $104.00.

Hedge Funds Weigh In On Blackstone 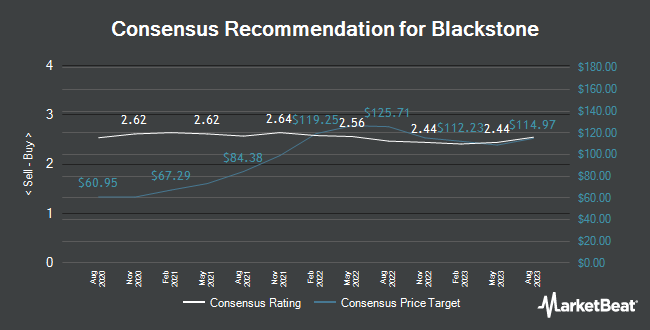 Complete the form below to receive the latest headlines and analysts' recommendations for Blackstone with our free daily email newsletter: