Comerica Bank trimmed its position in shares of Ligand Pharmaceuticals Incorporated (NASDAQ:LGND – Get Rating) by 14.4% during the third quarter, according to the company in its most recent Form 13F filing with the SEC. The institutional investor owned 12,267 shares of the biotechnology company’s stock after selling 2,060 shares during the quarter. Comerica Bank owned approximately 0.07% of Ligand Pharmaceuticals worth $1,065,000 at the end of the most recent reporting period.

Ligand Pharmaceuticals Incorporated, a biopharmaceutical company, focuses on developing or acquiring technologies that help pharmaceutical companies to discover and develop medicines worldwide. Its commercial programs include Kyprolis and Evomela, which are used to treat multiple myeloma; Veklury for the treatment of moderate or severe COVID-19; Teriparatide injection product for osteoporosis; Vaxneuvance for the prevention of invasive disease caused by Streptococcus pneumoniae; and Pneumosil, a pneumococcal conjugate vaccine to help fight against pneumococcal pneumonia among children. 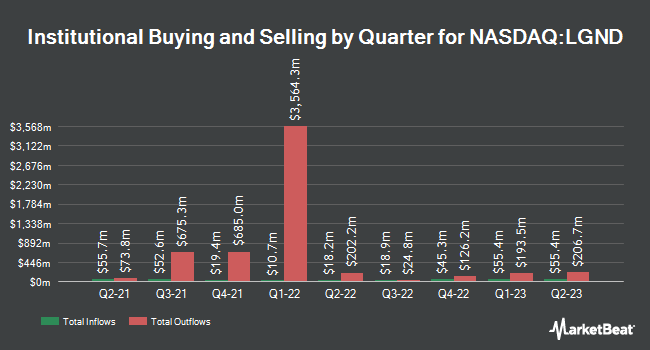 Complete the form below to receive the latest headlines and analysts' recommendations for Ligand Pharmaceuticals with our free daily email newsletter: