Comerica Bank cut its stake in shares of Century Communities, Inc. (NYSE:CCS – Get Rating) by 44.6% during the 3rd quarter, according to the company in its most recent disclosure with the Securities & Exchange Commission. The institutional investor owned 22,024 shares of the construction company’s stock after selling 17,765 shares during the quarter. Comerica Bank owned approximately 0.07% of Century Communities worth $986,000 at the end of the most recent quarter.

Want More Great Investing Ideas?
In other Century Communities news, CFO John Scott Dixon sold 3,558 shares of the company’s stock in a transaction on Tuesday, December 13th. The stock was sold at an average price of $53.38, for a total value of $189,926.04. The sale was disclosed in a filing with the Securities & Exchange Commission, which is available at the SEC website. 11.90% of the stock is currently owned by corporate insiders.

Want to see what other hedge funds are holding CCS? Visit HoldingsChannel.com to get the latest 13F filings and insider trades for Century Communities, Inc. (NYSE:CCS – Get Rating). 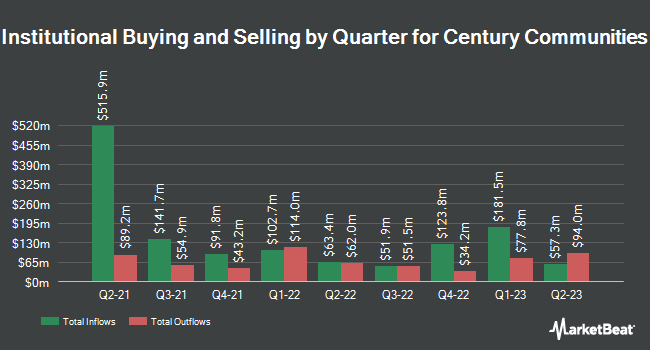