Mirum Pharmaceuticals (NASDAQ:MIRM – Get Rating) last issued its quarterly earnings data on Wednesday, November 9th. The company reported ($1.02) earnings per share for the quarter, topping the consensus estimate of ($1.05) by $0.03. The firm had revenue of $18.78 million for the quarter, compared to analysts’ expectations of $21.16 million. Mirum Pharmaceuticals had a negative net margin of 79.72% and a negative return on equity of 99.78%.

Mirum Pharmaceuticals, Inc is a biopharmaceutical company. The firm focuses on the development and commercialization of a late-stage pipeline of novel therapies for debilitating liver diseases. Its products include Maralixibat and Volixibat. The company was founded by Niall O’Donnel, Michael Grey and Christopher Peetz in May 2018 and is headquartered in Foster City, CA. 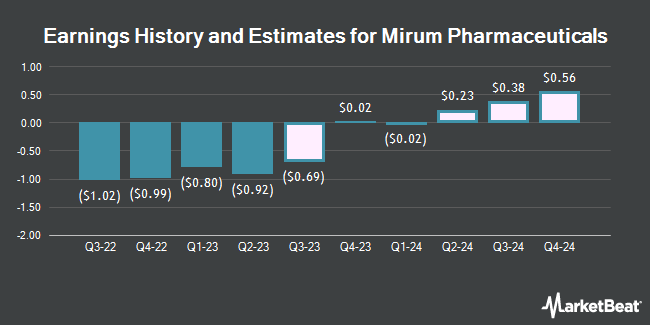 Meta Platforms Price Target Increased to $225.00 by Analysts at Susquehanna