Want More Great Investing Ideas?
HealthEquity (NASDAQ:HQY – Get Rating) last announced its earnings results on Tuesday, December 6th. The company reported $0.21 earnings per share for the quarter, beating analysts’ consensus estimates of $0.20 by $0.01. The business had revenue of $216.09 million for the quarter, compared to the consensus estimate of $206.58 million. HealthEquity had a negative net margin of 7.07% and a positive return on equity of 2.82%. As a group, sell-side analysts predict that HealthEquity will post 0.74 earnings per share for the current fiscal year.

In related news, Director Gayle Furgurson Wellborn sold 5,237 shares of HealthEquity stock in a transaction on Wednesday, December 14th. The shares were sold at an average price of $62.00, for a total value of $324,694.00. Following the transaction, the director now directly owns 12,023 shares of the company’s stock, valued at $745,426. The sale was disclosed in a legal filing with the SEC, which can be accessed through this link. 2.80% of the stock is owned by insiders. 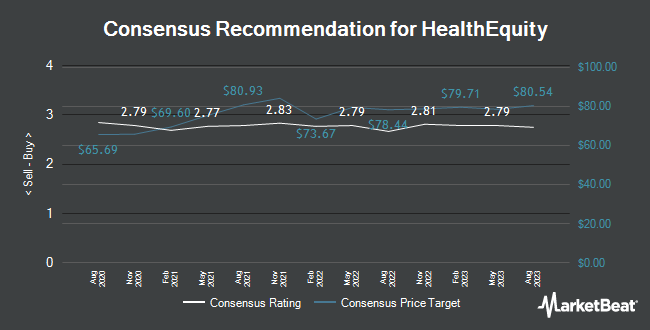