Las Vegas Sands (NYSE:LVS – Get Rating) had its price target increased by Barclays from $57.00 to $58.00 in a research note published on Tuesday, The Fly reports. The brokerage currently has an overweight rating on the casino operator’s stock. 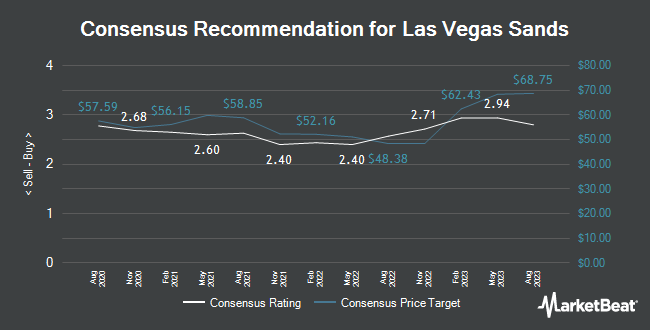