Park Avenue Securities LLC lessened its stake in shares of Abcam plc (NASDAQ:ABCM – Get Rating) by 8.2% during the 3rd quarter, according to its most recent disclosure with the SEC. The institutional investor owned 12,030 shares of the company’s stock after selling 1,076 shares during the period. Park Avenue Securities LLC’s holdings in Abcam were worth $180,000 as of its most recent filing with the SEC.

Want to see what other hedge funds are holding ABCM? Visit HoldingsChannel.com to get the latest 13F filings and insider trades for Abcam plc (NASDAQ:ABCM – Get Rating). 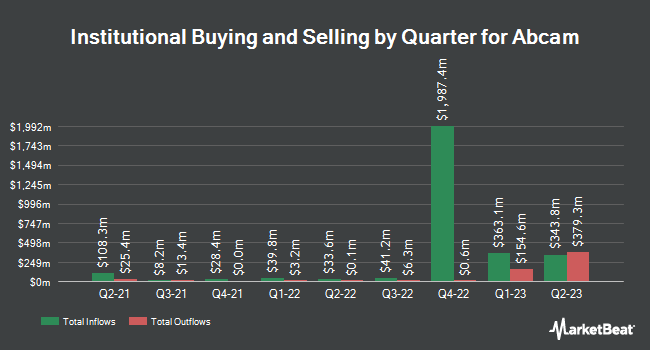 Receive News & Ratings for Abcam Daily - Enter your email address below to receive a concise daily summary of the latest news and analysts' ratings for Abcam and related companies with MarketBeat.com's FREE daily email newsletter.

Complete the form below to receive the latest headlines and analysts' recommendations for Abcam with our free daily email newsletter: