US Bancorp DE lessened its holdings in Prosperity Bancshares, Inc. (NYSE:PB – Get Rating) by 5.5% in the third quarter, according to the company in its most recent Form 13F filing with the SEC. The firm owned 5,170 shares of the bank’s stock after selling 302 shares during the quarter. US Bancorp DE’s holdings in Prosperity Bancshares were worth $345,000 as of its most recent SEC filing.

Prosperity Bancshares (NYSE:PB – Get Rating) last announced its earnings results on Wednesday, October 26th. The bank reported $1.49 EPS for the quarter, missing the consensus estimate of $1.51 by ($0.02). The company had revenue of $295.37 million during the quarter, compared to the consensus estimate of $297.27 million. Prosperity Bancshares had a net margin of 43.40% and a return on equity of 7.88%. During the same quarter in the previous year, the company earned $1.39 earnings per share. As a group, research analysts expect that Prosperity Bancshares, Inc. will post 5.71 earnings per share for the current year.

The firm also recently declared a quarterly dividend, which will be paid on Monday, April 3rd. Shareholders of record on Wednesday, March 15th will be issued a dividend of $0.55 per share. This represents a $2.20 dividend on an annualized basis and a dividend yield of 3.02%. The ex-dividend date is Tuesday, March 14th. Prosperity Bancshares’s payout ratio is 39.29%.

Prosperity Bancshares, Inc is a holding company, which engages in the provision of financial products and solutions. It offers retail and commercial banking services such as deposits, online Internet banking, loan, investments, trust, and credit card to small and medium-sized businesses and consumers. 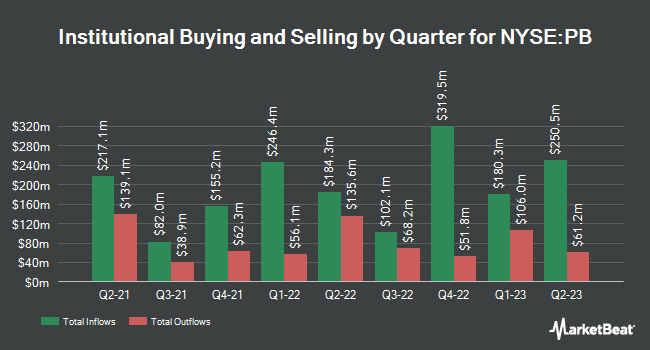 Complete the form below to receive the latest headlines and analysts' recommendations for Prosperity Bancshares with our free daily email newsletter: