Apellis Pharmaceuticals (NASDAQ:APLS – Get Rating) last issued its quarterly earnings results on Monday, November 7th. The company reported ($1.75) earnings per share for the quarter, missing analysts’ consensus estimates of ($1.48) by ($0.27). The business had revenue of $22.06 million during the quarter, compared to analyst estimates of $19.82 million. Apellis Pharmaceuticals had a negative net margin of 560.92% and a negative return on equity of 194.70%. 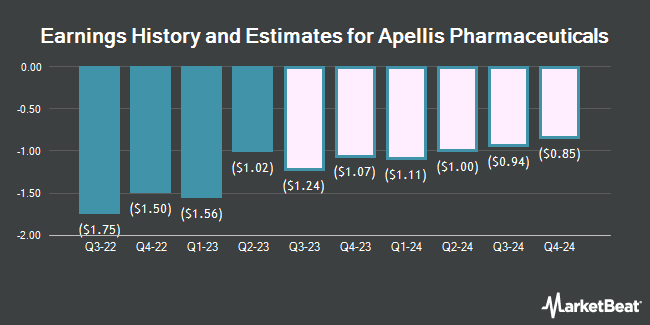