Shares of Whitecap Resources Inc. (TSE:WCP – Get Rating) have earned an average rating of “Buy” from the fifteen research firms that are presently covering the firm, Marketbeat.com reports. Eight investment analysts have rated the stock with a buy recommendation. The average twelve-month price objective among analysts that have updated their coverage on the stock in the last year is C$14.30.

Want More Great Investing Ideas?
Whitecap Resources (TSE:WCP – Get Rating) last issued its quarterly earnings results on Thursday, October 27th. The company reported C$0.53 earnings per share for the quarter, topping the consensus estimate of C$0.40 by C$0.13. The company had revenue of C$1.16 billion for the quarter. As a group, equities analysts predict that Whitecap Resources will post 1.73 EPS for the current year.

The firm also recently declared a monthly dividend, which will be paid on Wednesday, February 15th. Shareholders of record on Tuesday, January 31st will be issued a $0.0483 dividend. This is a boost from Whitecap Resources’s previous monthly dividend of $0.04. The ex-dividend date is Monday, January 30th. This represents a $0.58 annualized dividend and a yield of 5.19%. Whitecap Resources’s payout ratio is 13.70%.

In other Whitecap Resources news, Director Grant Bradley Fagerheim sold 130,000 shares of Whitecap Resources stock in a transaction dated Thursday, December 22nd. The stock was sold at an average price of C$9.99, for a total value of C$1,298,700.00. Following the completion of the sale, the director now owns 581,200 shares in the company, valued at approximately C$5,806,188.

Whitecap Resources Inc, oil and gas company, acquires and develops petroleum and natural gas properties in Canada. Its principal properties are located in West Central Alberta, British Columbia, Southeast Saskatchewan, West Central Saskatchewan, and Southwest Saskatchewan. As of February 14, 2022, it had a total proved plus probable reserves of 701,829 thousand barrels of oil equivalent. 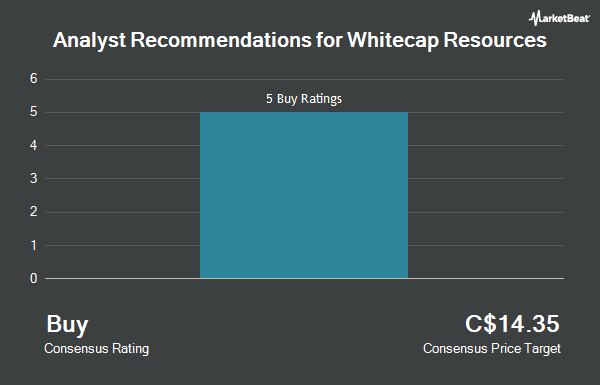 Complete the form below to receive the latest headlines and analysts' recommendations for Whitecap Resources with our free daily email newsletter: