WSFS Financial (NASDAQ:WSFS – Get Rating) will be issuing its quarterly earnings data after the market closes on Thursday, January 26th. Analysts expect the company to announce earnings of $1.37 per share for the quarter. Individual interested in registering for the company’s earnings conference call can do so using this link.

WSFS Financial (NASDAQ:WSFS – Get Rating) last released its earnings results on Monday, October 24th. The bank reported $1.23 earnings per share for the quarter, missing the consensus estimate of $1.26 by ($0.03). WSFS Financial had a net margin of 22.99% and a return on equity of 10.64%. The firm had revenue of $176.80 million during the quarter, compared to the consensus estimate of $175.59 million. During the same period in the prior year, the business posted $1.19 earnings per share. WSFS Financial’s quarterly revenue was up 69.2% compared to the same quarter last year. On average, analysts expect WSFS Financial to post $4 EPS for the current fiscal year and $5 EPS for the next fiscal year.

Several equities analysts have issued reports on WSFS shares. Janney Montgomery Scott initiated coverage on shares of WSFS Financial in a research report on Wednesday, November 30th. They issued a “buy” rating and a $57.00 price target for the company. StockNews.com assumed coverage on shares of WSFS Financial in a research note on Wednesday, October 12th. They issued a “hold” rating on the stock. Three investment analysts have rated the stock with a hold rating and two have issued a buy rating to the stock. Based on data from MarketBeat.com, WSFS Financial presently has a consensus rating of “Hold” and a consensus target price of $54.75. 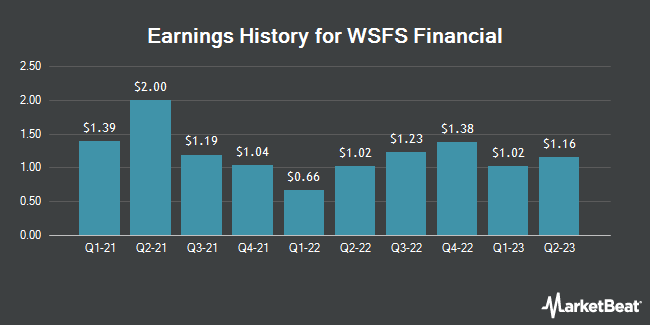 Spotify Technology Price Target Increased to $145.00 by Analysts at Barclays

Complete the form below to receive the latest headlines and analysts' recommendations for WSFS Financial with our free daily email newsletter: